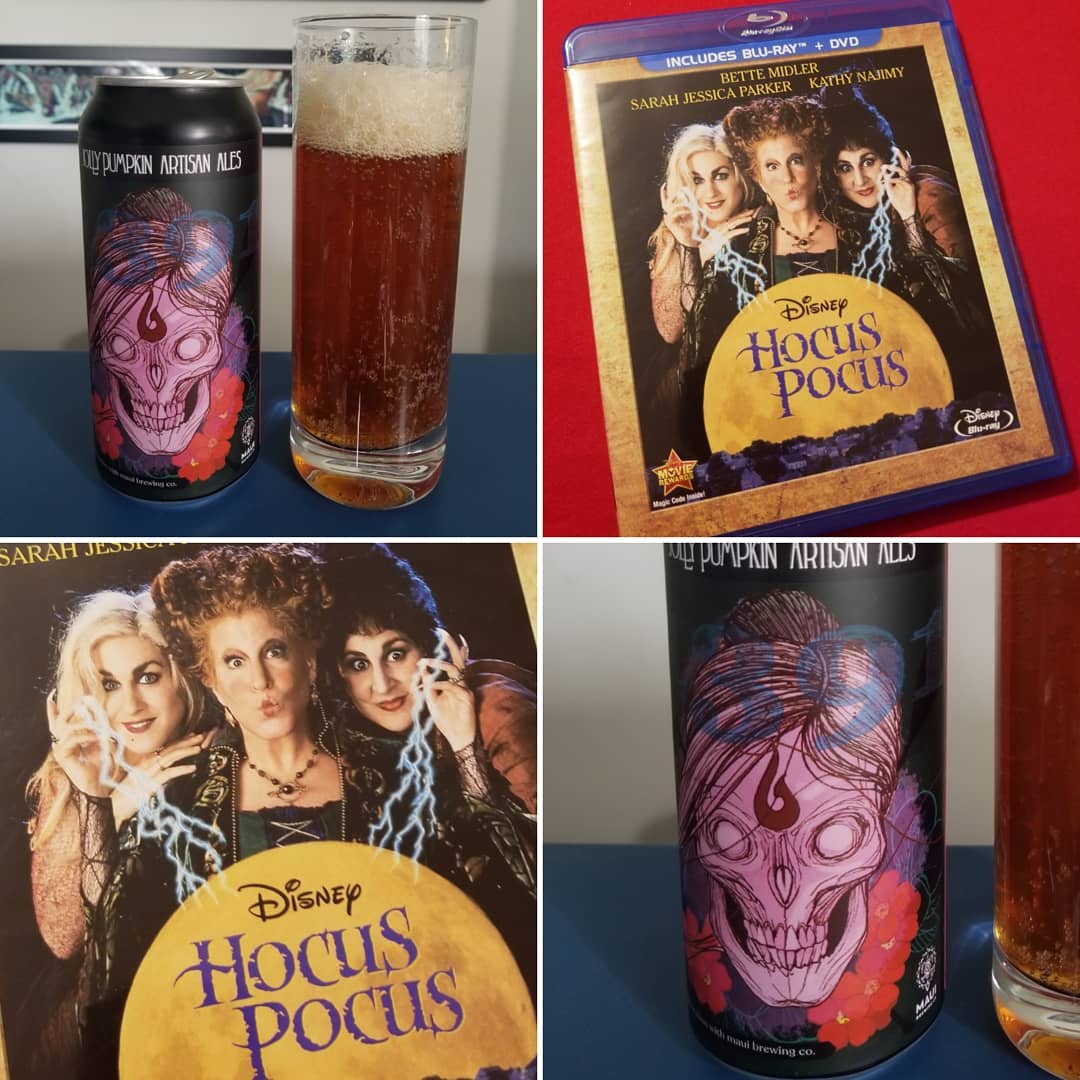 Surprise! You probably expected Halloween to start on October 1, or even October 31, but you forgot that in our ongoing collective trauma time feels increasingly meaningless as one day blends into the next.

Sisters! I don’t always watch this as the official kick-off of the best season, but I do often enough for it to count as a tradition.

I actually meant to grab the can of pumpkin beer next to this, but it has a skull on it so it’s spooky enough to count. A foeder-aged sour beer with liloko’i and cherry. I really like the subtle tropical fruitiness.