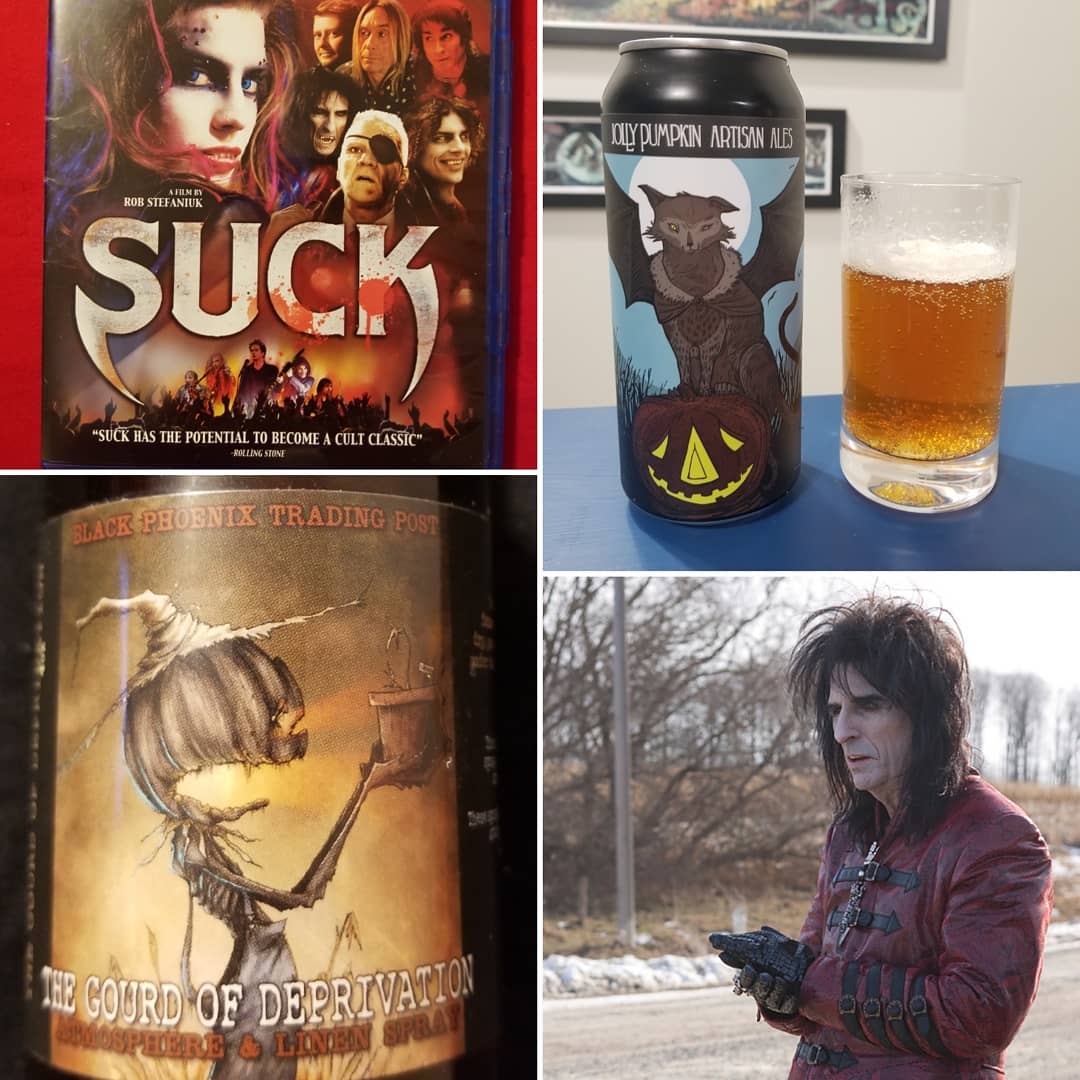 Part of the “Pumpkins of the Apocalypse” series, this linen spray represents Famine and smells like vanilla, cinnamon, hay, and a hint of smoke.

A musical comedy where vampirism is a metaphor for drugs. And rock and roll. (And it’s always been a metaphor for sex.) The writing and special effects are ludicrous, which is most of why I love it. The rest is Alice Cooper.

The beer I meant to drink yesterday. It’s not as good as Sobrehumano, but it does have a very cute label. Any pumpkin taste (and most of the spice, save for a coppery tang) are buried under JP’s normal funk.