Tarot reading is certainly the most popular form of cartomancy, and possibly the most common form of divination in the US. It uses a specialised deck of playing cards originally used for various trick-taking games; while there are several variations on the structure of this deck, if you pick up a deck at random it will probably follow the Smith-Waite structure. The original Smith-Waite deck was published in 1910 by William Rider and Son of London, having been created by scholar/occultist Arthur Edward Waite and artist/occultist Pamela Colman Smith. (This style of deck is also referred to as Rider-Waite, Rider-Waite-Smith (RWS), Waite-Colman Smith (WCS), and other permutations; I prefer Smith-Waite since Smith created the art and that’s kind of an important contribution.)

The Smith-Waite deck consists of 78 fully-illustrated cards: the “Major Arcana” are 22 cards numbered from 0-21 and the “Minor Arcana” are four suits (wands, pentacles, cups, and swords) of 14 cards each (ace to 10, page, knight, queen, and king.) The Smith-Waite deck wasn’t the first deck to have illustrated scenes on all 78 cards, but it was the first to be widely available. It was also packed with occult symbolism that was further expounded upon in A. E. Waite’s The Key to the Tarot, published in 1911. While it’s possible to do cartomancy with any deck of cards, the combination of complex illustrated scenes and systematized symbolism makes the Smith-Waite deck (and others inspired by it) particularly suited to the practise.

Reproductions, reprints, recolourings, and redrawings of the original Smith-Waite deck are widely available, but I don’t actually own one. The closest I think I have is the Color Your Own Tarot illustrated by Echo Chernik. 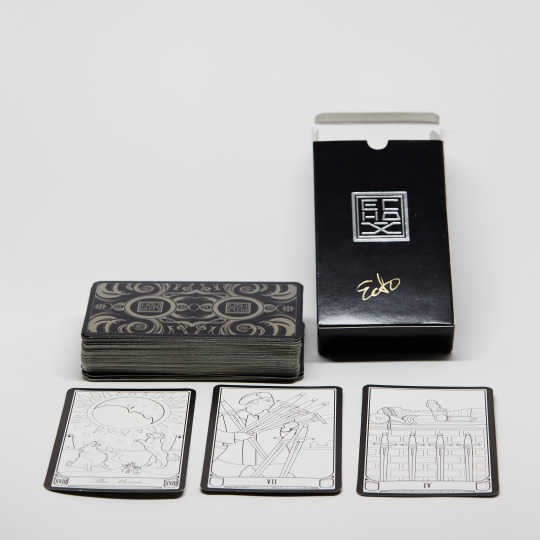 This deck is decent quality cardstock and uncoated, which makes it less nice to handle and shuffle than a coated deck but better for colouring on. My deck is not yet coloured because I lack the necessary confidence, but I swear I’ll get around to it. Someday.

The small accompanying pamphlet provides some keywords or phrases for each card in either upright or reversed position and a brief meaning of each suit. (A sidenote on reversed meanings: I personally think that 78 cards provide enough nuance on their own, so I normally ignore card orientation completely. As with everything else in divination, there’s no wrong approach.) 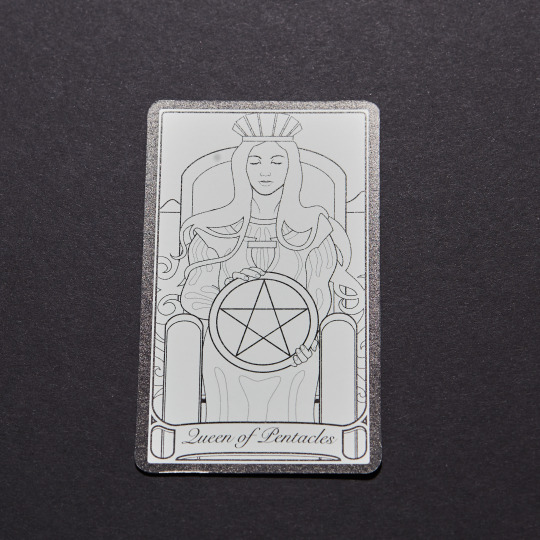 There are a number of traditional “spreads” (layouts) used for cartomancy, but we’re going to start with the simplest form of tarot reading, the single card. Decide on a query, then shuffle the deck and pull a card. People will then either interpret it by intuition based on the art and how they feel it relates to the query, or work off of traditional meanings.

Looking up the Queen of Pentacles in the booklet we find “opulence, magnificence, life of pleasure”, while A. E. Waite would add security, liberty, and generosity to that list.