divination, n.: The action or practice of divining; the foretelling of future events or discovery of what is hidden or obscure by supernatural or magical means; soothsaying, augury, prophecy.

December, n.: the twelfth month of the year

Divination December, n.: something I made up as an excuse to show off my toys and ramble.

The prospect of revealing hidden information is an alluring one, and people have come up with more ways of peering into the unknown than you can shake a stick at (several of which involve shaking a stick, as it happens.) I don’t put stock in any supernatural ability to foretell the future, but I am a strong believer in the usefulness of symbols and the human ability to find patterns in everything. As such I’m not at any point going to tell you things like “you need to protect your tarot decks from negative vibes by never letting your girlfriend shuffle them” or “locally grown yarrow stalks will have the best attunement to the area’s qi”, but if you find such practices useful you should by all means carry on.

Most divination techniques rely on some amount of randomness as an input, whether that’s blind draws from a set of objects, counting the number of birds sitting on a power line, or observing the direction a stick fell. Another common but not universal characteristic is the injection of nuance and ambiguity to reduce the falsifiability of your augury. Today’s method of divination is flipping a coin, which is completely lacking in nuance but has randomness aplenty. This is quick, simple, and gives an unambiguous answer to a single question. For this I use a solid copper coin from Chris Ovdiyenko’s Dead On Paper, which Chris personally guarantees to give a correct answer 50% of the time. Divination process: think of a question, flip the coin, and read your answer. 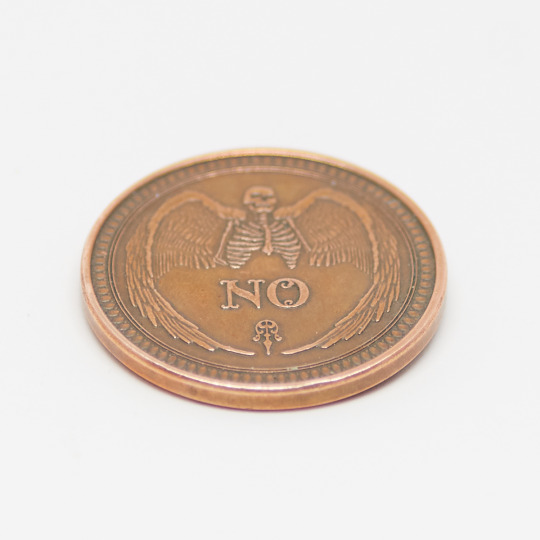 You can of course substitute any coin with distinct obverse and reverse designs, but this one has a nice heft and size which make it more satisfying to flip than standard U.S. coins. Plus, the occult art is much more fun than George Washington’s shiny bust. 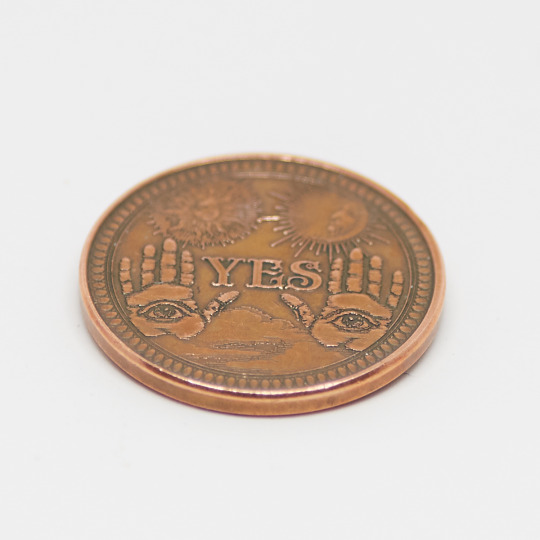