Alongside the many tarot decks patterned after the Smith-Waite other structures continue to be used such as the Tarot of Marseille; in addition to some differences in imagery there are several other features that distinguish this older style. Perhaps the most obvious is the non-court cards in the minor arcana, which are fully illustrated in Smith-Waite decks but fairly plain in Marseille. The major arcana have occasional differences in terminology (e.g. Smith-Waite’s avoidance of Christian terms like Pope and Papess in favour of Hierophant and High Priestess respectively) and a different order, with cards 8 (Strength in Smith-Waite) and 11 (Justice) swapping places. 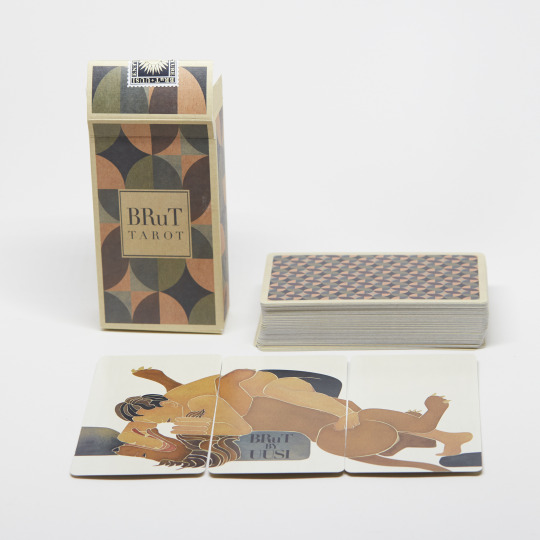 The BRuT tarot deck by Uusi deviates from the classic Marseille by switching out the Italian suits for the familiar French playing card suits of Hearts (Cups), Diamonds (Coins/Pentacles), Clubs (Wands), and Spades (Swords). It also adds in an advertising triptych (shown above) and nine other art cards that together form a panorama.

This is a nicely satisfying deck with a glossy linen finish and quality card stock. The size is pretty unusual, approximately the same width as a poker deck but notably taller. 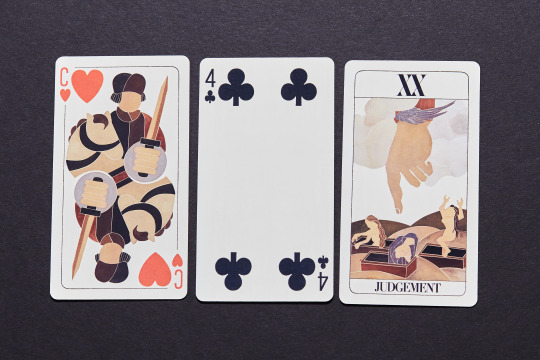 Readings with the full deck are not as evocative as they are in a fully scenic deck, so people who like the card art to give their intuition a kick might consider doing readings with just the major arcana, perhaps with the addition of the twelve extra art cards. Readers familiar with traditional Smith-Waite meanings can apply them directly, but many prefer to use interpretations developed specifically for this style.