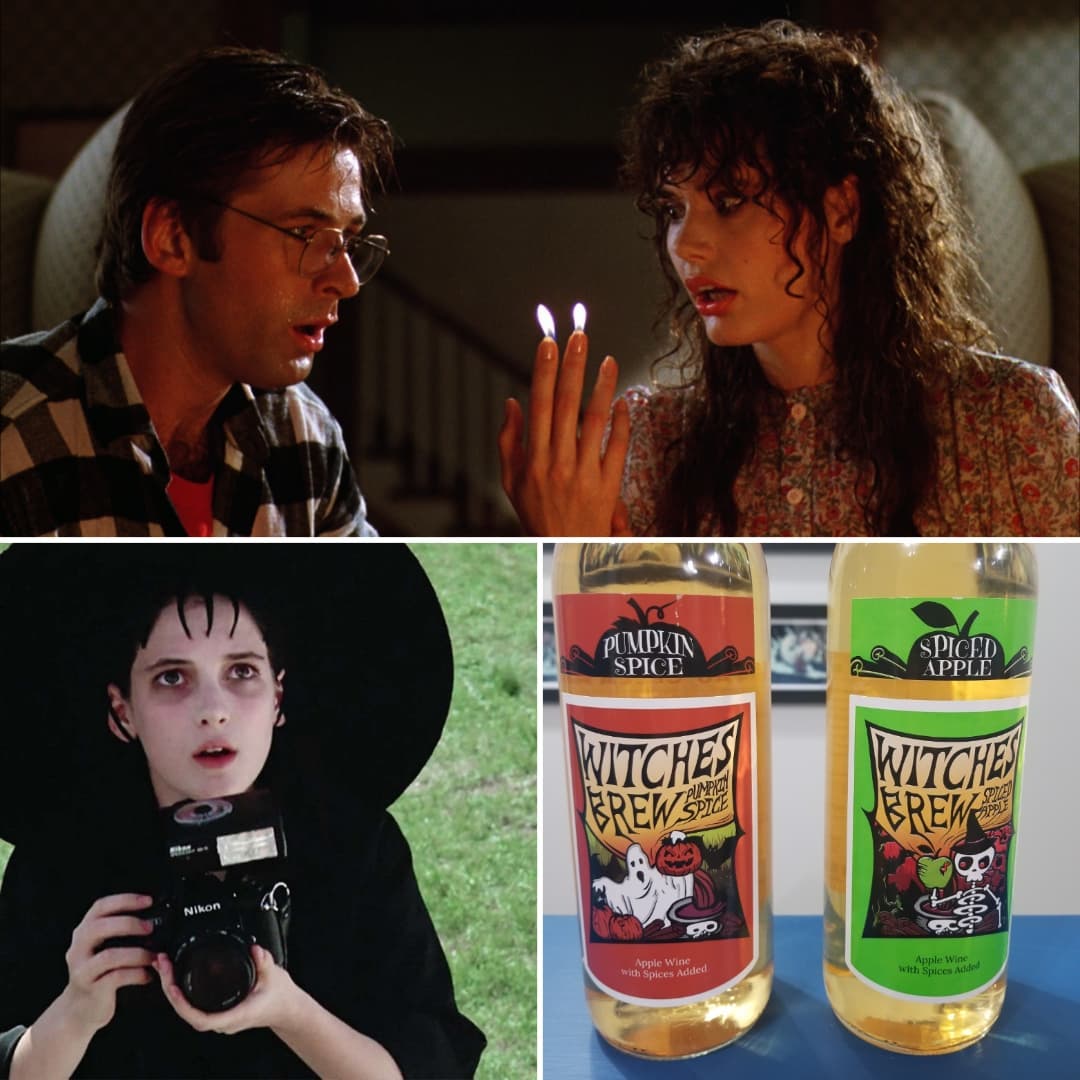 I had to open these two spiced apple wines together because I wanted to know whether there was an actual difference, or if the pumpkin spice was just trying to hit another market segment. Turns out, there’s a pretty stark difference: spiced apple seems to be just cinnamon, while pumpkin spice is very, very heavy on clove. They’re both reasonable and middling-sweet, but neither is as good as the OG red wine brew.

I’ve never really understood people’s deep level of affection for this film. It’s fine, but I think it would be more enjoyable if they completely excised scuzzy pedophile Betelgeuse and stuck with the conflict between the Maitlands and the Deetzes.